View current sampling results by clicking the map below. 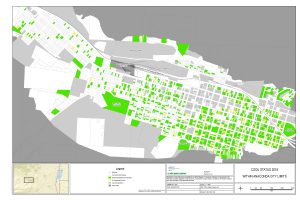 As a result of smelter fallout and emissions of the Anaconda Mining Company operations, elevated levels of contaminates, such as arsenic and lead, were discovered in the surface soils of eastern Anaconda. The Community Soils Operable Unit was created to address this issue. The communities of Anaconda, Opportunity, Crackerville, Fairmont, Galen, and Warm Springs all exist within the Community Soils Operable Unit. Major drainages within the Community Soils OU include Warm Springs Creek, Mill Creek, Willow Creek, Lost Creek, and Silver Bow Creek. These creeks eventually enter the Deer Lodge River Drainage system.

Remedial Objectives for the Community Soils Operable Unit address elevated levels of arsenic and lead in surface and sub-surface soils. Wind erosion of surface soils was also a concern; as a result, air monitoring data was collected between 1989 and 1992. This data indicated that air quality within the Anaconda Smelter NPL site did not exceed Federal or State ambient air quality standards. However, visual observations of wind erosion were noted in the site. Dust mitigation plans were developed and implemented, in appropriate areas within the NPL site, in response to these local observations. 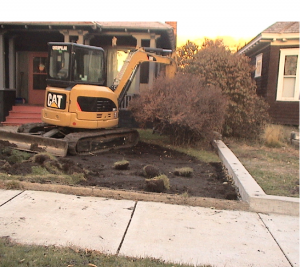 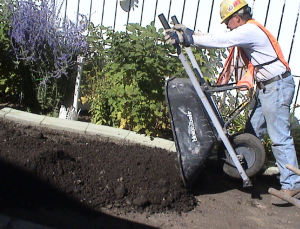 In 1991, the surface soils of 91 residential yards within three Anaconda neighborhoods (Teresa Ann Terrace, Elkhorn Apartments, and Cedar Park Homes) were remediated as an emergency removal action, known as a Time Critical Removal Action. A Time Critical Removal Action is a response used when there is a significant threat to public health/welfare and/or the environment. This emergency action was completed in 1992.

Fallout from smelter emissions was originally thought to be the main source of residential and commercial soil contamination within the Anaconda Smelter NPL site. However, it was found that, though smelter emissions remained the primary source of contamination, smelter waste materials were historically used as fill material for driveways, landscaping, and railroad beds throughout Anaconda-Deer Lodge County. Though a widely accepted and common practice during a time when the negative health and environmental impacts of smelter waste materials were largely unknown, the use of these materials as ballast resulted in soil contamination at ranges and depths greater than indicated by previous testing. This process also discovered elevated arsenic and lead levels in interior/attic dust. 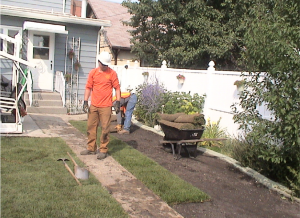 As a result, the focus area for the Community Soils Operable Unit was expanded in 2002 to include all yards east of Main Street. In total, 1,740 yards were tested and 350 were cleaned. Significantly more residential yards required remediation than indicated by previous data. During testing, elevated arsenic levels were discovered at deeper soil levels. Concerning levels of lead in surface and sub-surface soils were also found. These findings indicated a need for a fundamental amendment to the 1996 Community Soils OU Record of Decision. Further data was gathered – including the reevaluation of previous samples and additional testing of residential yards – in order to develop amendment options that ensured human health and safety.

Three alternative amendments for the 1996 the Community Soils OU ROD were developed and analyzed by the EPA and presented for public comment during the 2012 Focused Feasibility Study (FFS).

In compliance with these findings, contaminated residential soils exceeding lead levels of 400 ppm will be removed to a depth of 12 inches and replaced with clean soil as well as a protective barrier, either vegetative (sod or seed) or other (asphalt or concrete). Additionally, future residential areas within the Superfund Planning District will be tested and remediated as necessary.

Aside from lead soil contaminants, the selected alternative will also address lead and arsenic contaminants in interior dust. The CDC as well as independent research has found that interior dust is a significant source of lead exposure, especially in young children. In 2007, Atlantic Richfield conducted a dust study, which found that arsenic and lead concentrations in interior dust, particularly attics, were higher than projected in the Human Health Risk Assessment (HHRA). To ensure the protection of human health, an abatement program will be developed to sample and clean interior dust exceeding lead levels of 400 ppm and/or arsenic levels of 250 ppm.

The selected amendment to the 1996 Community Soils OU ROD utilizes remediation levels that comply with the CDC’s new reference concentration for blood lead levels (5 mg/dL). However, the Director of the National Center for Environmental Health warns that, “the agency and its advisory committee can find no evidence that there is a safe level of lead exposure for children” (Betts, 2012, p 268). In order to address the risk of potential human exposure to contaminants, Community Protective Measures Programs (CPMPs) will be expanded to include a lead health education program.